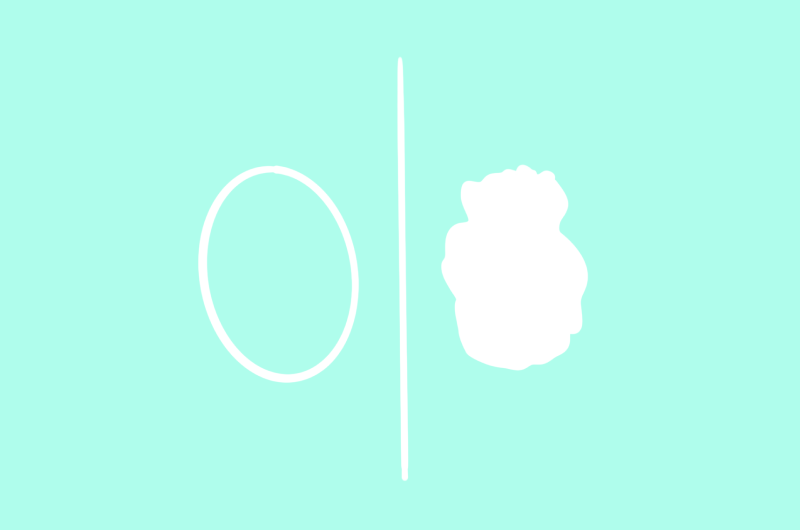 This week I read Robert Greene’s ‘The Laws of Human Nature’. It’s a giant text, that tries to summarise why people behave the way they do, taking countless case studies from famous historical figures, and theories to explain their actions from Jung to Freud and more.

One of the most interesting chapters of the book is titled ‘Confront Your Dark Side’ in this chapter Greene explains how the mysterious, hidden dark side present in everyone’s makeup, greatly influences, how we think and feel.

Greene argues that only by seeing, embracing, exploring and showing this shadow side of our personalities, can we become fully integrated, healthy humans.

After reading this chapter, I decided to take a few hours to explore Greene’s ideas, confronting my own Shadow. In this article, I’ll go through the process and share some examples from the book, and my own experience.

What is The Shadow Self?

Greene summarises the shadow self as below:

“People are rarely who they seem to be. Lurking beneath their polite, affable exterior is inevitably a dark, shadow side consisting of the insecurities and the aggressive, selfish impulses they repress and carefully conceal from public view. This dark side leaks out in behaviour that will baffle and harm you. Learn to recognise the signs of a shadow before they become toxic.”

Greene goes onto argue that it’s the holier than thou types whose potential from harm from their shadow is greatest, history would probably agree. From paedophiliac priests to abusive cops, the world is laced with those masking their dark side with emphatic beliefs to the counter.

This is one of the ways we can distinguish in others, and ourselves, a trait that is genuine and one that has an unhealthy shadow side to it — the thicker someone lays on a belief in a certain cause or idea, the more likely that person is repressing something in their shadow self.

Other ways you can identify an unintegrated shadow is occasional outbursts that seem at odds with a person’s character (hint: getting someone drunk may be the quickest way to access this). Projection of judgement onto someone else is another way to identify potential shadow sides, but we’ll explore all this in a bit more detail, as we go through the process of seeing your shadow.

With an understanding of the shadow self, and how it surfaces, we can start doing the work to identify our own shadow. After all, we can’t address what we can’t see.

Greene gives us five different things we can look at to try and see the shadow.

You can go through each of these points and make examples, here are a few from the book and my exercise that might help you get some inspiration for your process. I found it helpful to not even think or just the dark side, or assess whether it was true, just let whatever feels like the accompanying dark side trait flow out onto the page.

Look for Emphatic Traits in Yourself, Assume the Opposite Lies Buried Within

Look at Times You Have Extreme Outbursts — Some Shadow Form is Stirring From a Deep Insecurity.

Look at Tendencies to Project Bad Emotions Onto Someone You Know, You Might Have a Wish to be Like That Tendency

Look at Things That Were Drummed Out of You as a Child, These Might be Authentic Things That Have Been Lost.

Maybe you loved a certain sport or activity but were discouraged from it.
Maybe there were certain people you weren’t allowed to hang out with.
Maybe certain characteristics (i.e being spontaneous) were discouraged.

Greene doesn’t give any specific examples here, but suggests focusing on the emotion of the dream, rather than the specific content.

After I had my list of points, I went through and pulled out any that felt triggering, and assumed these had at least some element of truth. You should now have a list of shadow traits that are worth exploring.

The immediate reaction when looking at some of the shadow sides of our being is to be repulsed by it, to think of it as something that should be ‘cleansed’ or ‘purified’ from our ego, so we can be perfect humans. Greene argues the only way to deal with our shadow is to completely accept it, and integrate it into our personalities completely — pushing it under the rug is what you’ve been doing for the last 20 years, and it’s clearly not working.

To try and ‘embrace the shadow’ I just spent some time freeform writing/spitballing on various shadow elements, trying to reach a conclusion that made sense.

The example Greene gives is that of Abraham Lincoln. Growing up he liked to anaylse himself, and a recurrent theme from his examination was his split personality. On the one hand, he had an ambitious, almost cruel streak, on the other, he had a sensitivity and softness that made him frequently depressed. All in all, he felt himself far too sensitive for the world of politics, but instead of denying this side of himself, he channeled it into deep empathy for the public and the average man, caring deeply about the loss of lives in the war.

The final step in fully coming to terms with your shadow is to show it. Greene argues that most of us secretly suffer from the endless social codes we have to adhere to. We must be polite, we must show respect to our superiors at the office, we must limit our external shows of confidence or ambition, in order to play the game. Being so nice all the time means our shadow comes to show itself in explosive fits and starts.

However, if we look at those who are really successful in our field, we will notice they are not as much constrained by these rules of politeness. They express themselves freely, often don’t seem to care what others think, and as a result, aren’t punished but rewarded.

The classic example Greene uses is that of Steve Jobs. He showed his rough, shadow side frequently, calling people idiots, ideas crap, often offending many who worked with him. He was often single-minded, not listening to others, and going his own way. People stated ‘if only Jobs had been nice, he’d have been a saint’ but these people are missing the point, if Jobs had been ‘nice’ he wouldn’t have been Jobs.
a
Greene invites us to trust and respect our own opinions more than others (if it’s our area of expertise) and to get into the habit of asserting ourselves more and compromising less. You will feel tremendous liberation, but this will mean at times you’ll have to offend and hurt people who have ugly morals or unjustly criticise you, use these opportunities to bring out your shadow, and show it proudly.

“Unfortunately there can be no doubt that man is, on the whole, less good than he imagines himself or wants to be. Everyone carries a shadow, and the less it is embodied in the individual’s conscious life, the blacker and
denser it is.”

The rich text element allows you to create and format headings, paragraphs, blockquotes, images, and video all in one place instead of having to add and format them individually. Just double-click and easily create content.

How to customize formatting for each rich text

Headings, paragraphs, blockquotes, figures, images, and figure captions can all be styled after a class is added to the rich text element using the "When inside of" nested selector system.

Join over 2000 curious people in getting my weekly newsletter on productivity, tech,
no-code and everything in between.

Made by Tom in Webflow